I strongly do NOT recommend to use Mac OS X Leopard in a productive environment!

The initial release 10.5 got launched on October 26, 2007. It contained a number of serious bugs which should have been addressed in the first upgrade. On November 15th Apple released the first major upgrade 10.5.1. Most people believe all serious bugs are squashed by now and start to use Leopard in productive environments. I would rather wait for 10.5.2 or even 10.5.3!

Here you’ll find an extensive article about the massive data loss bug in Leopard by Tom Karpik.
His tests are based on Leopard 10.5 and I didn’t find any information about this bug still persisting in 10.5.1. But I was pretty shocked about what happened to me last night…

I was moving 31 GB of image data (over 19,000 JPEG images) from a Windows Vista SMB-share to an external USB-drive connected to my Mac Mini with Leopard 10.5.1 on it. It’s a Samsung MP0804H 80GB disk inside an external Revoltec-case, formatted with HFS+ (case-sensitive & journaled). It looks like all data has been successfully moved without any vanished files. But when I look at those fotos, 5% of them were garbled. I could look at those pictures in Quick Look, Finder, Photoshop CS3, Illustrator CS3, iPhoto – no matter in which application I was looking at them, they were really messed up. Part of the picture was covered by pink stripes.
Look at the following sample (click on it to get the original image – messed up by Leopard): 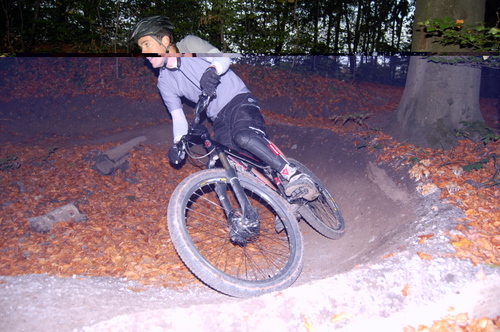 Also, while importing those 19,000 images to iPhoto ’08 7.1.1 it reported over 500 defective images. Those images were not affected by the pink stripes and looked all fine.

Please note, that this only seems to happen on large data copies/moves (better don’t move anything to Leopard! You might as well run «format c:» or «rm -rf /» :)). The original source files on the Samba-share were not affected. Moving those images one-by-one correctly let me transfer them to my Mac. I did the whole test of moving those 31 GB of data three times, every time the same result with different affected images. Automatic standby was turned off during the whole copy process. Also, I cannot confirm if this only happens on Samba-to-USB drive moves or even on Samba-to-local drive.

UPDATE 2007-11-26: I did some further testing. This bug does not seem to concern Samba shares. No corrupted images were found on copies from a Samba-share to the local drive. The images get corrupted on copies to the USB attached external drive. I used a Samsung MP0804H 80GB IDE drive in a Revoltec USB2 case formatted with HFS+ (case-sensitive & journaled). It also happened on smaller copies of 5 GB. Also, Leopard completely messes up the file system on the external drive after a reboot. Once I forget to unplug the drive, all date on it will be gone for ever. Even the disk utility is not able to repair it. Leopard seems to have some serious problems with external USB drives!

I hope, Apple is going to fix this soon! Microsoft probably got the worst start ever with Vista beginning of this year. Vista is full of bugs. But I never encountered such a serious bug on any Windows OS before like the one I am talking about in Mac OS X Leopard. Sad, but true.

Warning: This article was written by a Windows/Linux User who just started to...

Currently all Linux kernel security patch projects seem to be sleeping. There...